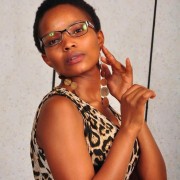 Nairobi is the only city in Africa whose airports are recording higher growth for domestic capacity than that of international capacity,with a 22% boost. This is according to a new report by ForwardKeys, which compares Nairobi’s trend to most of the other top 10 African Airports ranked by total scheduled capacity for August to December 2017, which are seeing more growth in international than in domestic capacity.

“The trend is encouraging for aviation players; as a travel agent, we anticipate a surge in flight bookings in the last half of 2017. Most inspiring is the contribution of Kenyans and other members of the East African Community to domestic travel. It reflects our confidence in our own tourism products with Kenya’s tourism domestic spendingrecording59%against 41% foreign visitor spending,” says Cyrus Onyiego, Jumia Travel Kenya Country Manager.0

Generally, the wider analysis of the report on travel to Africa shows EAC destinations received a strong growth of 14.3% for 2017 year to date. According to Travel and Tourism Expert Carmen Nibigira, “The future of tourism in East Africa is embedded in the vision of One Destination with multiple cultures and products. After all, with a population of 160 million and 10% of which is a potential market, it makes sense to invest on inter and intra-regional tourism.” Collectively, the entire African continent continues to record positive performance, welcoming an increase in international arrivals of 14% in 2017 year to date. In a parallel report by the International Air Transport Association (IATA), global passenger traffic data for June shows that demand (measured in total revenue passenger kilometers) increased by 7.8% compared to 2016, and from May’s record of 7.7% growth. All regions, according to IATA, reported growth.