Skip to Content
Home Enviroment nature Messing With Nature is Risky Business!
by 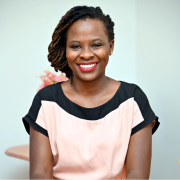 For a long time now, economy and the conservation of biodiversity seemed to be two different worlds. Not many CEOs or financial managers were able to explain how their company’s impact contributed to the loss of species, deforestation or the acidification of oceans. But times have changed.

Today, trailblazing entrepreneurs understand that they don’t have to be biologists to recognize the correlation between nature and the economy. In simple terms; on a dead planet, there would be no thriving business.

Biodiversity is on the verge of collapse

The more we know about nature, the clearer it dawns to us that messing with nature is risky business. Take these instances:

We cut down trees to make wood products for sale. In turn, deforestation destroys our essential ecosystem services; and we wonder why we no longer have consistent rains and fertile soils. Did you know? Kenya has lost over 8,000 km2 of forest in the last 25 years. According to the Kenya Forest Service (KFS), at least 988,422 acres of public forests under the service are degraded and need to be restored.

Game hunting and wildlife trade earn a few million shillings for a few individuals in the name of business. In return, our wildlife numbers continue deteriorating and our re-knowned tourism attractions are no longer as attractive. The tourism industry suffers billions of shillings in losses as a result. Did you know? The tourism industry contributes approximately 4.4% to Kenya’s GDP.

We encroach into riparian land to build commercial properties, and in turn we experience the continued degradation and drainage of wetlands across the country. According to the National Environment Management Authority (NEMA), wetlands and riparian areas are at risk as a result of man’s uncontrolled encroachment and exploitation of wetland resources. These interfere with the biophysical environment resulting in problems such as pollution, loss of biodiversity, degradation of life support systems and global climate change. Did you know? Wetlands have been receding at an alarming rate from about 6.8 % of Kenya’s total land mass at independence to about 2.6 % in 2010.

These occurrences, among others, are a clear indication that life is an intricate web; whose actions have respective consequences. Disturbing one element influences all others; thus, continued destabilization of ecosystems leads to collapse of nature, and of economies.

Exactly this accelerating deterioration of biological processes is what is happening now. Ancient forests are logged to make space for agriculture, carbon emissions cause global overheating, sea levels are rising, oceans become more acidic, and innumerable numbers of species get extinct. On a global scale, biodiversity is on the verge of collapse. Experts compare the loss we are seeing now with the end of the dinosaur era.

This is why recent reports on the state of biodiversity and deforestation alarm economists and businessmen, both globally and in Kenya. To make good profits in the future, responsible businesses invest in nature now, by supporting reforestation projects, cutting carbon emissions, banning single use plastics, and designing their products for repair and re-use.

Innovative companies recognize the value of healthy ecosystems, and include both their dependency on natural resources and their impact on forests, climate and biodiversity in their strategic decision-making models. Today, this ‘natural capital accounting’ as it is called, is still in its infancy, but it will be of key importance to all sectors before the end of this decade.

Sustainable Inclusive Business (SIB-K), the knowledge center under the Kenya Private Sector Alliance (KEPSA), has developed a digital platform dubbed Renature; to assist Kenya’s private sector in mainstreaming its natural capital, and to boost reforestation and the restoration of biodiversity. To achieve this, the organization, which sees businesses as the biggest driving force behind any country’s economy, has called on the private sector to join the Renature Campaign and commit to the following goals:

This comes at a time when world leaders, companies, cities, private and public institutions gather at Glasgow and are working towards halving global emissions. While much of the COP26 focus has been on the world’s last, best chance to avoid the worst effects of climate change, with much of that focus being on Africa and the need for the developed word to fulfil the promise of climate financing, the actions must begin at home. We must rethink our business actions, however small they may seem, and the impacts they have on biodiversity.

Let us strengthen the private sector’s commitment, participation, investment and innovative solutions for combating climate change in Kenya. By supporting existing initiatives by the government through the Ministry of Environment and Forestry, the private sector will go a long way in accelerating efforts towards the target of reaching a 10% forest cover by 2022.